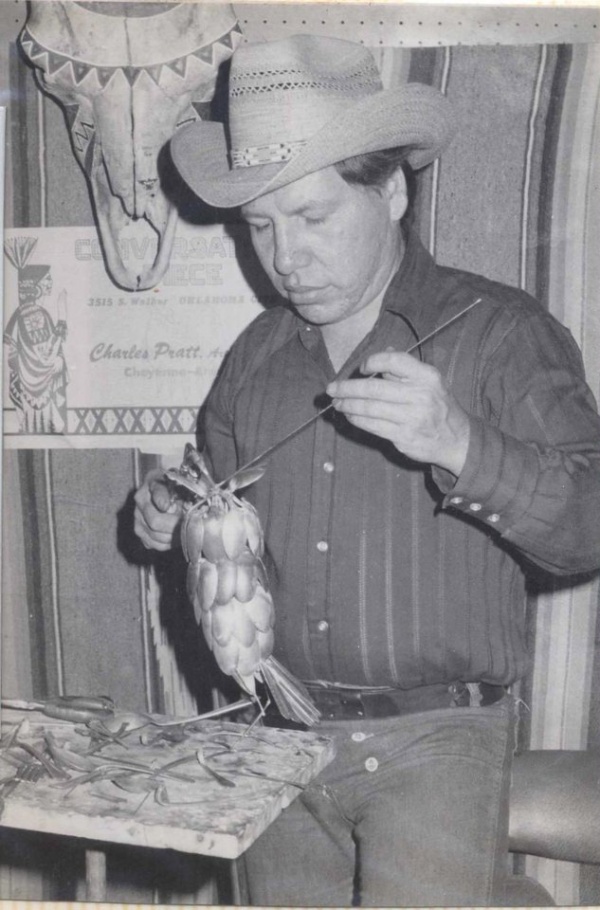 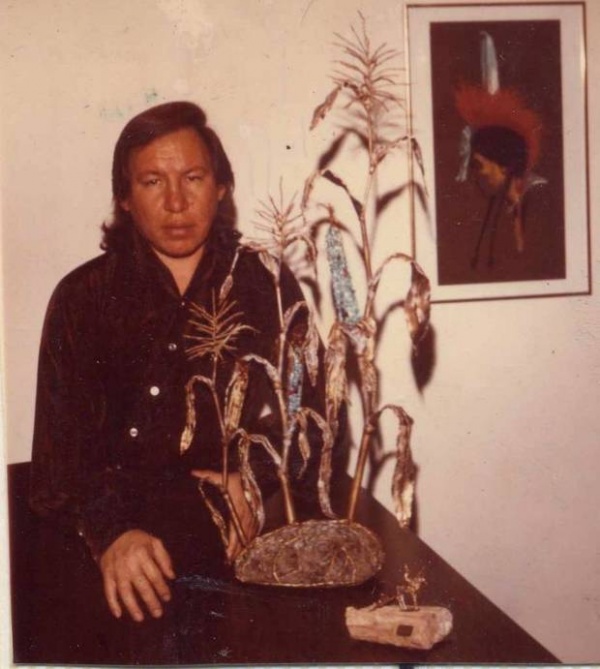 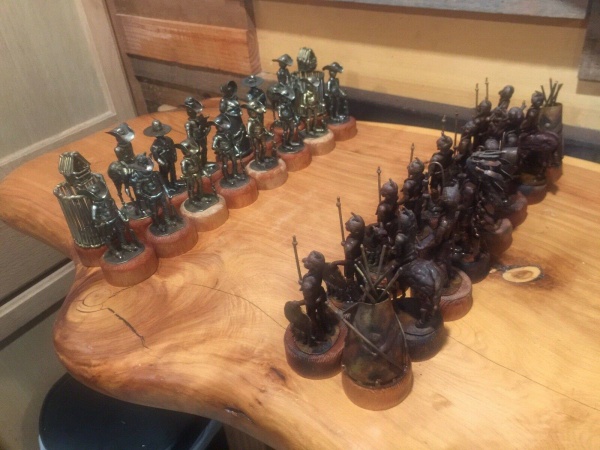 After selling a couple of paintings early in his artistic career, Charles Pratt took a job at an Oklahoma City auto body shop.

“That’s where he became familiar with metal, and he started working metal. … I think some of the first things he ever did, he gathered up silver-plated knives and forks and spoons. And he created things out of those forks and spoons – owls and hawks and roadrunners and things like that – and he did that for quite a while. Then he started making shields,” recalled his brother and fellow artist Harvey Pratt.

“They called him the little wizard. … He did a lot of everything. He was never afraid to try anything.”

An award-winning, self-taught Native American sculptor and metalsmith, Charles Pratt died Wednesday at his home in El Reno from complications of a decades-long battle with Parkinson’s disease. He was 79.

“The last couple of months, he was in bad shape. He was suffering physically and mentally. When you are so talented the way he was, and he couldn’t do anything in the last year, I think he suffered more by that than anything because he couldn’t create,” Harvey Pratt said.

“It’s a very distinguished family,” said author Jo Ann Kessel, whose book “Piavinnia: The Bent-Guerrier Connection,” about Shadlow was a 2015 finalist for an Oklahoma Book Award. “He was continuing a legacy that had been passed down to him … from his mother and even further back.”

Growing up in El Reno, Charles Pratt’s creative bent was evident from an early age.

“He couldn’t have been 12 years old, and he made a tandem bike out of scraps. Instead of handlebars he put a steering wheel on it. And him and our brother Otto rode that thing around, and other kids would see it and want to ride with him,” Harvey Pratt recalled.

“He decided he wanted a bullwhip one time, so he made one. … He was always doing stuff like that, building things and doing stuff and listening to his grandpa and his stories. We had a rich background in stories from my mother and her dad and her aunt and those old people. We had a whole series of old stories and tales, and so that’s kind of what we developed into the art.”

Both brothers were schooled at St. Patrick's Indian Mission in Anadarko, and Charles Pratt also attended public schools in Shawnee and Oklahoma City.

“I was younger than him, and schoolteachers would say, ‘Are you Charlie Pratt’s little brother?’ and I’d say ‘Yes, ma’am.’ She’d say, ‘Are you as talented as he is?’ And my answer was, ‘Well, I guess I am. I like to draw.’ That’s kind of the way that I followed him. So he actually inspired me in a lot of ways,” Harvey Pratt said.

He said his brother was always willing to try a new venture. Charles Pratt opened and ran a Native American gift shop and gallery in Oklahoma City, until he decided to learn foundry work. He later opened his own foundry but closed it when he wanted to create more art.

“He truly was a treasure for Native American artists. He inspired a lot of people, trained a lot of people in the techniques and color and how to do things,” Harvey Pratt said. “He was such good friends with so many people.”

Charles Pratt’s daughter, Laketa Pratt, is one of the artists he trained and inspired. In the 1980s, when she was in her 20s, she said her dad had a studio in Oklahoma City where she was able to learn and create alongside him.

“What I learned about stone carving and the welding was from my dad. … I took a couple of art classes in high school, but it was nothing like what my dad could teach me,” said Laketa Pratt, who creates American Indian dolls and beadwork.

“The first thing he showed me, he goes, ‘I’m going to show you how to cut these stones by hand. You’re going to do this manually, so you’ll appreciate these tools.’ ‘OK.’ Man, he had me sawing rocks with a saw that you would cut a log with, and he said, ‘Don’t stop ‘til you get it done.’ Oh my God, I was sweating in his shop. … He goes, ‘Now I’m going to show you how you’re going to slice those rocks with a band saw,’ so I learned the difference and I appreciated all his tools.”

The Indian Arts and Crafts Association named Charles Pratt its artist of the year in 1985 and 2004, and he received its lifetime achievement honor in 2002. He earned more than 400 awards during his long artistic career, and his work is in private and public collections around the world.

“My dad was a little short man, but he made big sculptures. … He was trying to make up for a little bit of height there,” his daughter said with a laugh. “But he also made little small stuff like jewelry, and that’s where I get my detailing from is him. When I’m doing my dolls, I put a lot detail into them with these really, really small beads that no one else uses.”

One of his sculptures was on view in the Alfred P. Murrah Federal Building during the 1995 bombing. The wood and metal piece survived and is displayed in the administrative offices of the Oklahoma City National Memorial.

Although he lived for many years in Santa Fe and Gallup, New Mexico, Charles Pratt maintained strong ties to his home state’s American Indian art community, especially through the Red Earth Festival. He was named the Red Earth Honored One in 2000.

“Our Red Earth family was deeply saddened when we learned of the passing of our dear friend Charlie Pratt. He was truly an inspiration to artists throughout the country, and one of our most ardent supporters … participating in the Red Earth Festival since its inception in 1987,” said Teri Stanek, president of the Red Earth board of directors, in a statement.

When one of her colorfully beaded handmade dolls won the Red Earth Grand Award in 2013, Laketa Pratt said her dad got word so quickly that he phoned her before she could call him.

“He was calling me, saying, ‘Hey, I heard you won the best of show!’ I could tell he was proud,” she said. “Growing up, I thought ‘when I get old enough, I want to do the same thing,’ because he always made it look really fabulous and fun. … It was fun work to him, and he was always thinking of something to make.”

A wake is scheduled for 7 p.m. Sunday and funeral services at noon Monday, both at Huber-Benson Funeral Home in El Reno. He will be buried in Geary, the small town named for one of his ancestors, Edmund Guerrier.