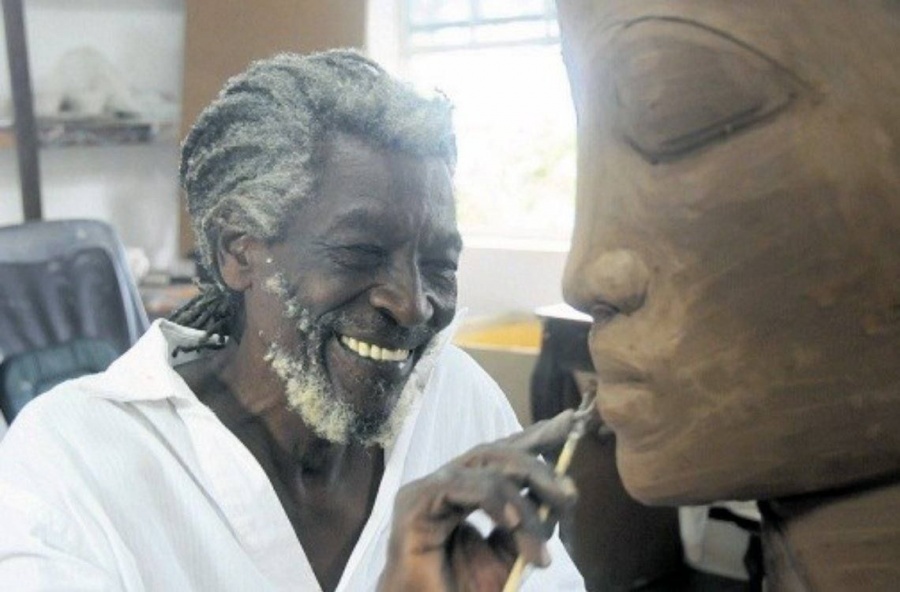 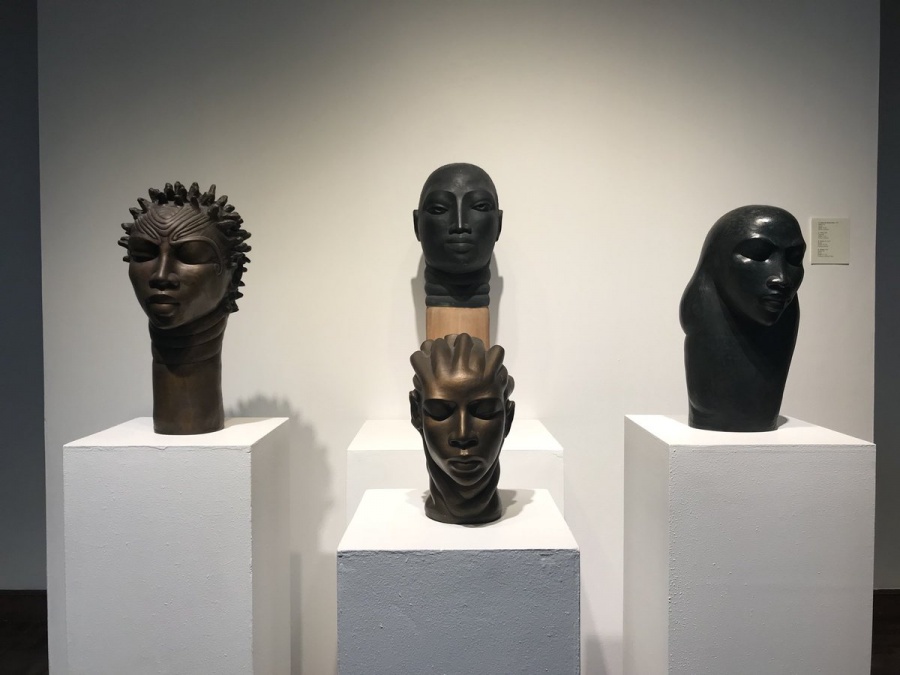 Work by Gene Pearson. In March 21, 2001 he was awarded the "Hall of Fame" Award For Excellence in the Field of Visual Arts and in 2006 he was given national honours in the rank of O.D. for distinguished performance in the Arts. In October 2010, he was awarded the Silver Musgrave Medal in the field of Arts by the Institute of Jamaica.

His work is represented in films, Publications and leading corporate and private collections internationally including the private collections of celebrities in California and other parts of the USA like Stevie Wonder, Singer/Musician, Arnold Schwarzenegger, former governor of California and actor, Alice Walker, author of the Book and Movie "Colour Purple" and others. He has completed commissions for several local hotels, including Swept Away Hotel and Grand Lido Hotel. He was interviewed on the tv program "Black Renaissance" aired on Channel 44 for his 1991 and 1993 exhibitions in California.

His work appears on the Jamaican $1.40 stamp released on 26th April 1993 depicting "Jamaica Ceramics" from the Hardingham Collection. In March 21, 2001 he was awarded the "Hall of Fame" Award For Excellence in the Field of Visual Arts and in 2006 he was given national honours in the rank of O.D. for distinguished performance in the Arts. In October 2010, he was awarded the Silver Musgrave Medal in the field of Arts by the Institute of Jamaica. Over the years his exhibitions have received critical acclaim.

On March 15, the local visual arts scene lost one of its stalwarts with the passing of ceramist Gene Pearson.

The 73-year-old died at a Corporate Area hospital following a brief illness. He died two days after his ex-wife Jacquelyne Hussey-Pearson.

Born in Wood Hall, St Catherine, Pearson moved to Kingston in the early 1960s and was one of the first students of master potter Cecil Baugh at what would become the School of Art.

Art enthusiast and curator of the defunct Mutual Gallery Gilou Bauer said Pearson extended the meaning of sculpting by moving away from the traditional concepts of renowned British potter Bernard Leach.

“Gene came up with a more African expression in his work. This in itself led to thoughts on identity and nationalism. This was indeed a most important point in redefining the meaning of pottery and ceramics for local artists, who have undoubtedly been influenced by his work. This influence can be seen in shape and meaning of their work,” said Bauer.

She called for use of social media to keep a younger generation informed about contributions of greats such as Pearson.

“Unfortunately exhibitions, which offer greater exposure to artists, have become limited in the Jamaican space as there are not many commercial galleries in existence. It is therefore inevitable that we come up with new ideas to expose younger people to these masters. The use of social media is a great way of getting this across and educating on these masters in the fine arts and show how they have contributed,” Bauer noted.

Carol Hamilton, vice-principal at the School of Art at Edna Manley College, remembered Pearson from her days as a student. She said his demeanour made it comfortable for students to go to him for advice.

“He was such a stalwart. His quiet, soft-spoken nature made him so easy to talk to as a teacher. Then he was a superb ceramist. He broke the boundaries which existed at the time he started. Despite being the protégé of Cecil Baugh, he was determined to create his own identity in his work. This must have been difficult at a time when the arts was seen as just a hobby.

“But he showed that with consistency, persistence, one can become accomplished... this he certainly was,” Hamilton noted.

That commitment was also saluted by sculptor Basil Watson. He said it was Pearson and Christopher Gonzalez who ignited his own love affair with clay and sculpture.

“He was such an inspirational teacher and as a person, I can't say enough good things about this exceptional artist of our time. I would classify him as one of our greats. He was prolific and exemplified what it means to be a true artist. With all his international recognition he maintained his generosity of spirit. Young artistes can learn from Gene's dedication, strong work ethic, and his commitment to working and producing at the highest level.”