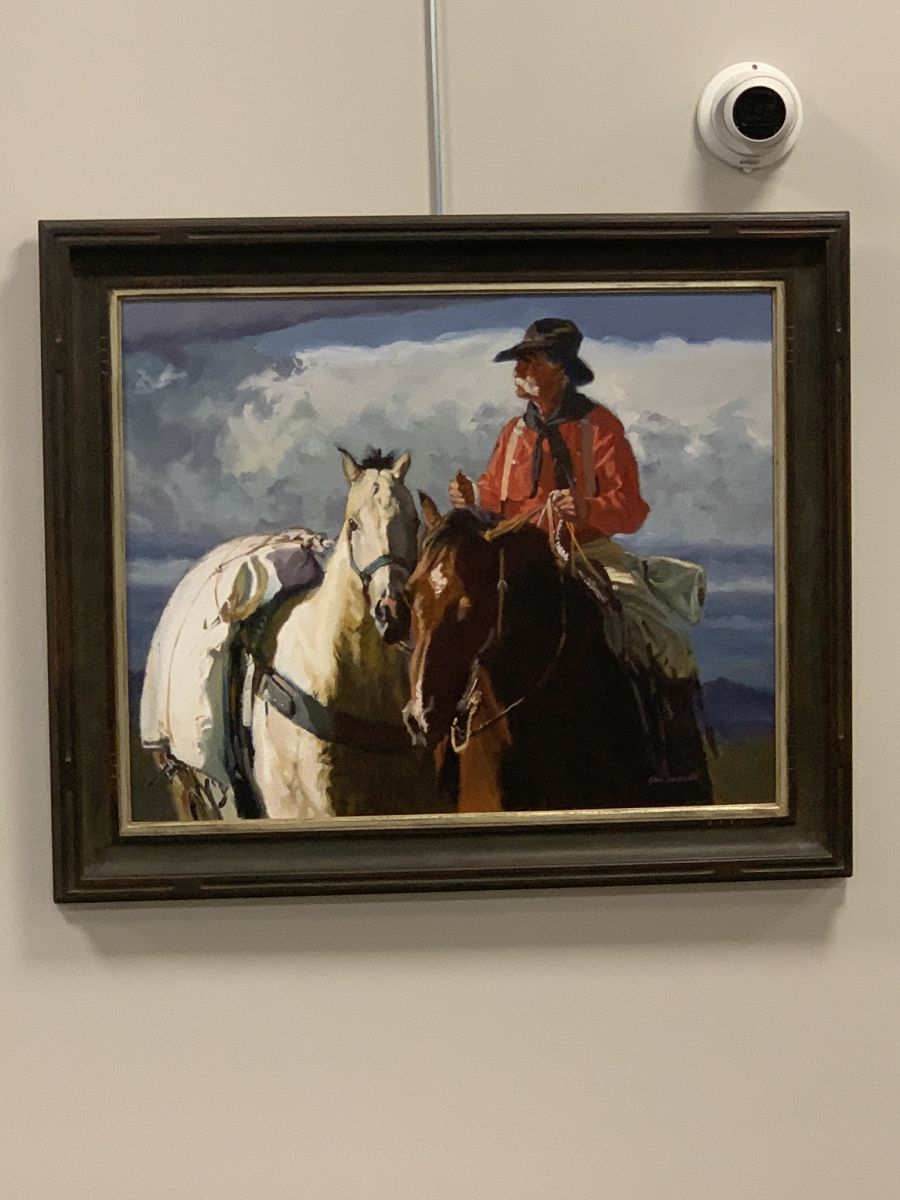 "An Eye on the Sky" by Glen Edwards.

Glen Edwards ability to paint "real" people shows up in his award winning watercolor and oil paintings. His paintings have been exhibited in many one man and juried international, national, regional, state and local exhibits and are collected by people throughout the world.

His paintings and illustrations have been featured in many exhibits and publications throughout the United States. A few of his honors include: US Art Magazine Bronze Medal Award Of Excellence, Arts For The Parks Traveling Exhibit, Oil Painters Of America National and Regional Exhibits, Intermountain Society of Artists 3d Annual Exhibit- Best Of Show, Eccles Statewide Exhibit Purchase Award, Dixie College Invitational First Place Watercolor Award, Festival of the American West Best of Show and Purchase Awards.

Glen was also a featured artist in Southwest Art Magazine, July 1988. In 2002 Glen was the featured artist of The Festival of the American West. His paintings and illustrations have also been featured on covers and articles of numerous books, magazines and publications in Los Angeles, New York City and throughout the intermountain West.