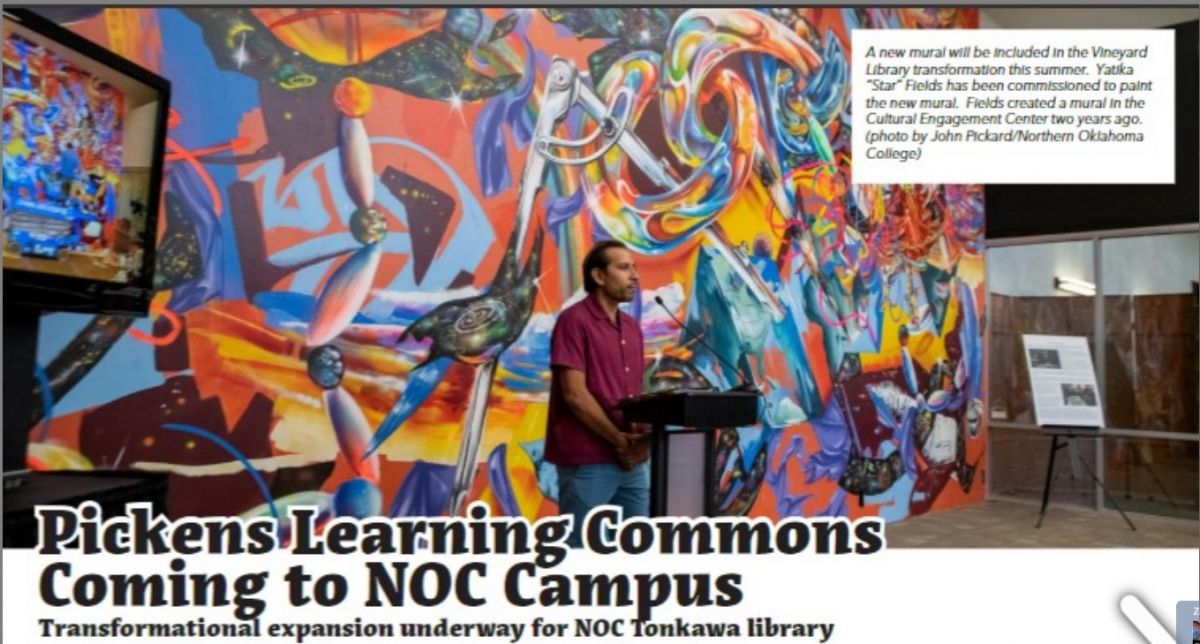 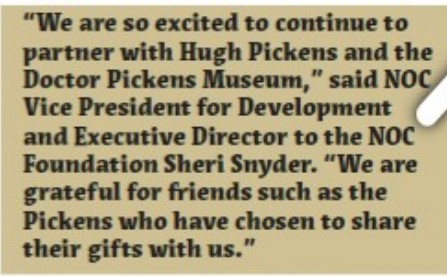 The library remodel is the first significant project emerging from the Building a Better NOC initiative. NOC President Dr Clark Harris explained the plan for the transformation of the Idxary at the April 27th Board of Regent meeting in Tonkawa.

Harris added. 'This wi11 all happen from the efforts of the NOC Foundation and a generous donation from an NOC supporter. as well as funding from a government grant- In regard to the donation, the NOC board of regents approved naming the space the Pickens Learning Commons in recognition of the substantial gift and continued collaborative partnership of Hugh and Dr. S. J. Pickens. Work began in May in the hopes of the remodel completion for the fall semester.

The library at NOC Tonkawa is at a pivotal crossroads with rows and rows of outdated books not being used by today's students and the need for individual and small group study areas in a dynamic environment: said Dr. Clark Harris. The library could greatly benefit from a fresh look. This project is a perfect example of connecting NOC's core values of personalized education, continuous improvement and community and civic engagement into one transforming project' The new NOC Student Learning Commons will improve the student and employee quality of life by bringing more access to current technology and increase distributed study areas. The Student Learning Commons will possess the Wow' factor in student recruitment, as well as prospective students and farnilies who tour the campus, while the new access to learning spaces will aid in retention and improved graduation rates. The Cultural Engagement Center (CEC) and current library will be blended into one space while retaining the glass dividing walls,' he added.

The project will include new technology, study tables and chairs, soft loveseats and chairs, new reception area, shelving, and carpet It will also include the addition of two new permanent murals totaling 10(1x20' by artist Yatika Starr Fields, along with a constant collection of various art works from the Doctor Pickens Museum, Inc_ to be on long-term display. Fields has already created two existing murals in the Cultural Engagement Center, commissioned by the Doctor Pickens Museum in November 2020 and completed in June 2021.

"We are so excited to continue to partner with Hugh Pickens and the Doctor Pickens Museum," said NOC Vice President for Development and Executive Director to the NOC Foundation Sheri Snyder. "We are grateful for friends such as the Pickens who have chosen to share their gifts with us."