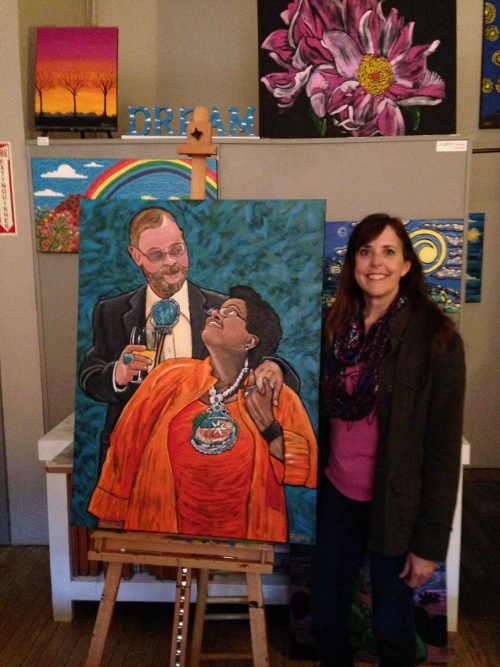 Robin Bray. Robin Bray has realized her dream of painting in the mountains in a place where the landscape and the people are as colorful as her art.

Robin Bray was born and raised in Oklahoma where she studied graphic design, before relocating to Dallas and then Chicago, pursuing a career in design and raising a family. Transplanted to Bisbee a few years ago, Robin has realized her dream of painting in the mountains in a place where the landscape and the people are as colorful as her art. Robin displays her work in her gallery, Agave Art in Old Bisbee.

Painting is my passion, it brings balance and healing to my life. I believe that life is a canvas with endless possibilities to paint what you want it to be, and hey, if you don’t like how it’s turning out, you can always paint over it.

I have found for me, that painting is my greatest stress reliever, and a great metaphor for life. I like to look at every new day as a chance to start a new piece, or work on changing what I didn’t like about yesterday’s work. It is part of me staying balanced in my life. I have had friends tell me that my paintings bring them much joy, being a people pleaser this works for me :) Nothing brings a smile to my face quicker than to know that not only do I get joy out of my artwork, my work also brings joy to others.