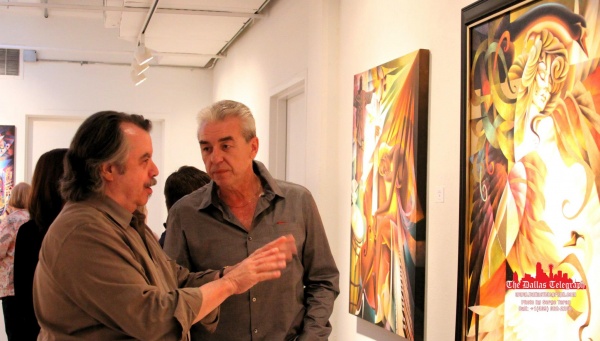 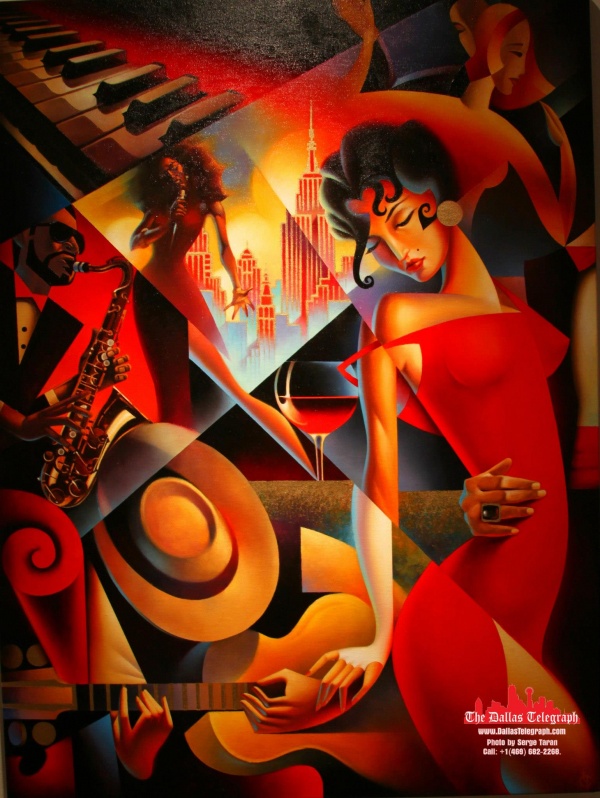 Sergey Chernomorets was born in Odessa, Ukraine in 1961. At the age of five he was declared to be a child prodigy by renowned Russian artist Egorov. By age seven his works had been exhibited in prestigious galleries in Russia, Germany, and Italy. Sergey was granted a full four year scholarship to the Odessa Art School. Thereafter, he was granted a four year scholarship to Art State University where he received his B.A. Upon graduating, Sergey became the youngest ever Senior Designer for the Bureau of Technical Aesthetics and Design. In that capacity his primary responsibility was to paint portraits of high ranking military officers, communist party members as well as members of the politbureau. Many of those paintings still hang in government buildings throughout the former Soviet Union.

In 1996, Sergey came to the U.S. to assume the position as Art Director for Wolf Company. He also has done work for the Dallas Theater Center and Showcrafters, Inc. all the while continuing to create his personal art. His talent and versatility are reflected in the progression of his works and their varied styles. In 2003 he entered into a licensing agreement with International Galleries, Inc., the foremost dealer in giclee reproductions of original art. Within months he became IGI’s best selling artist out of a universe of more than 650 artists. Since the demise of IGI, Sergey has concentrated on commission assignments.

Sergey was referred to as a “storyteller with a brush,” by acclaimed Russian artist Vasilyev. His works encompass the entire gambit from abstract to portraitures so realistic the viewer almost expects the subject to speak. Sergey can imitate any of the great masters with such precision that only an expert can distinguish his work from the originals. Just as Sergey is proficient in every category of art, he is likewise a master of the various contemporary mediums: water color, oils, and acrylic.

His philosophy that “art should be as infinite as the universe and the artist should dissolve his heart, mind, and soul into each work” translates to what can only be described as modern masterpieces.

Sergey Chernomorets, an artist from Ukraine who now lives in Dallas, has received considerable praise for his artwork ever since he started painting at a young age.

Early on, prominent figures from the art world of Russia began to pay attention to the imaginative artwork by the young creator who, by the age of five, had been declared a child prodigy and, by age seven, had been given assignments to exhibit his paintings in Russia, Germany and Italy. With an extraordinary academic and professional career, Mr. Chernomorets became a highly accomplished artist that captured the interest and recognition of the public, the critics, and other artists, who often referred to him as a "storyteller with a brush."

Mr. Chernomorets has lived in Dallas since 1996 when he was hired to work as the Art Director for the renowned theater set designer, Peter Wolf. He also worked for the Dallas Theater Center and Showcrafters, Inc., as he continued to create his personal artwork.

Return to Fantasy is a collection of more than twenty oil paintings that express the artist's interest in color, symbolism, architecture, movement, literature, music, beauty, and design. His works encompass the entire gambit from abstract to portraiture so realistic that the viewer almost expects the subject to speak. His intricate designs are evocative of scenes from a theatrical performance on the stage, full of human interaction, interesting lighting, high drama, and a captivating story unfolding before the viewer's eyes.